The new modernized user interface is ready! With new high resolution graphics goodness :) I think it looks a lot better. Judge for yourself, by looking at these before and after screenshots: 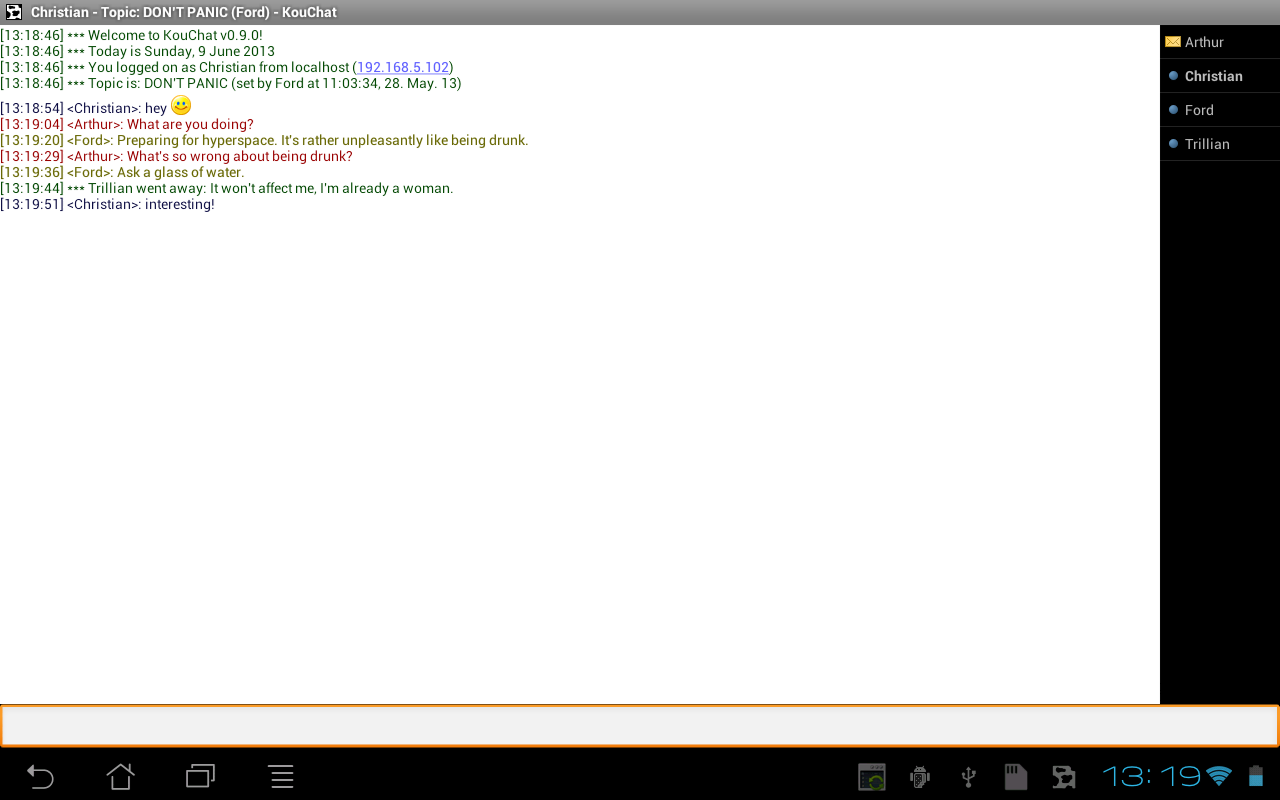 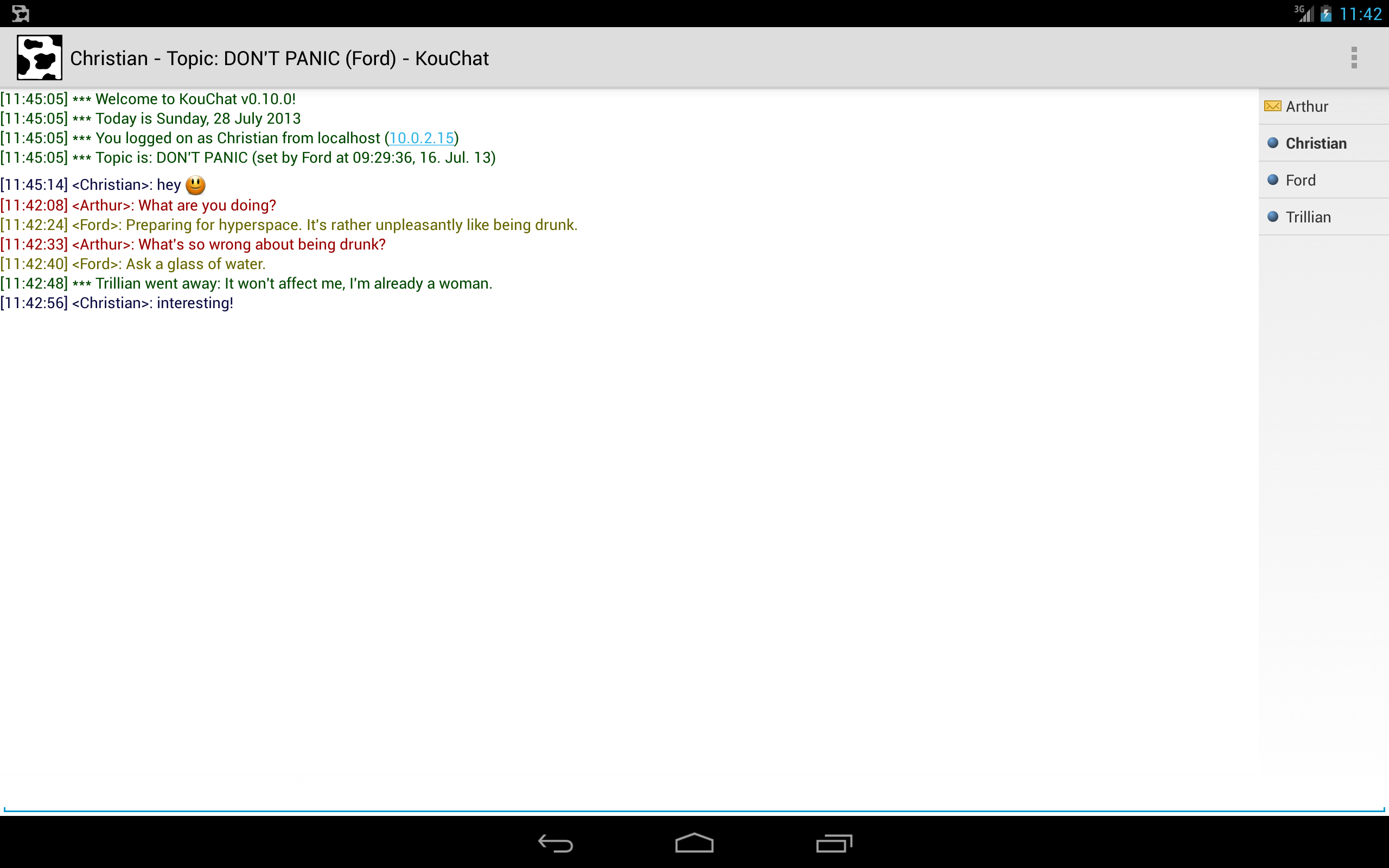 I originally planned to add support for receiving files this time, but I opted for upgrading the user interface instead. I’ve been waiting for better handling in IntelliJ IDEA regarding usage of APIs that aren’t available on all the versions of Android that KouChat supports (Lint API Check). And now it became available in IntelliJ IDEA 13 (EAP). The Android maven plugin also got support for this, so now my build fails if I use the wrong APIs. Excellent :) So it became a lot safer for me to upgrade the user interface, without worrying about breaking KouChat on e.g. Android 2.3.3.

The smileys that I’m now using are from Gnome 3. Hope you guys don’t mind :) The smileys are using the same license as KouChat.

Hope you like the new interface! Get it on Google Play, or download the apk from the downloads section.