The first release of the year is here :)

The focus this time has been minor tweaks to the user interface, and bug fixes. The tweaks mostly consists of extra padding, and increased font sizes (on tablets). 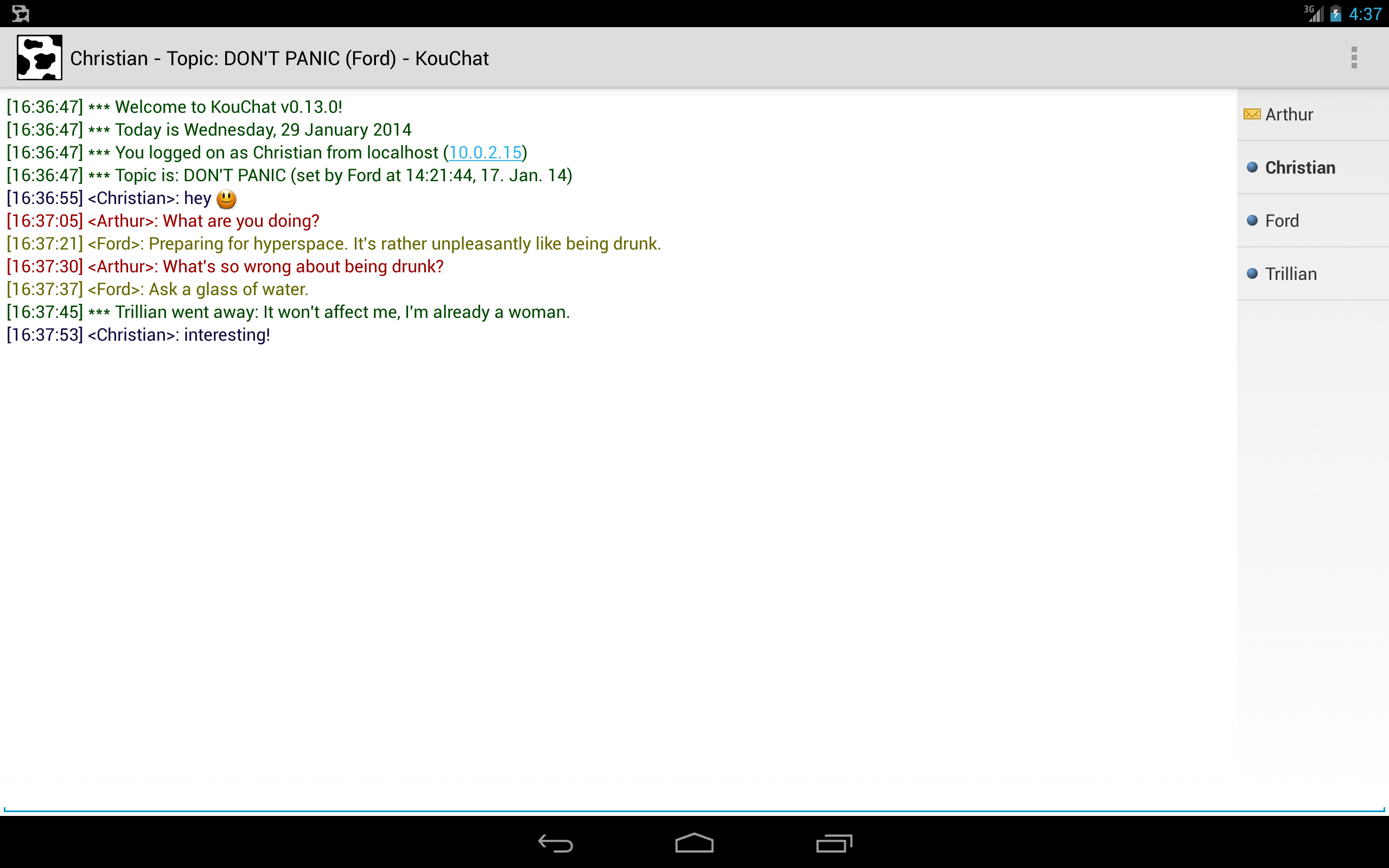 I hoped these changes would get KouChat accepted as a “tablet app” on Google Play, but I failed. The store still displays a warning that this is a “phone app” when visiting from a tablet. D’oh! Tips are welcome!

Google also deprecated the downloads here on Google Code, so I’m unable to add any more downloads. As a workaround I have added the latest releases of KouChat and KouChat Android to a Google Drive account. Links to both are available in the new downloads section.