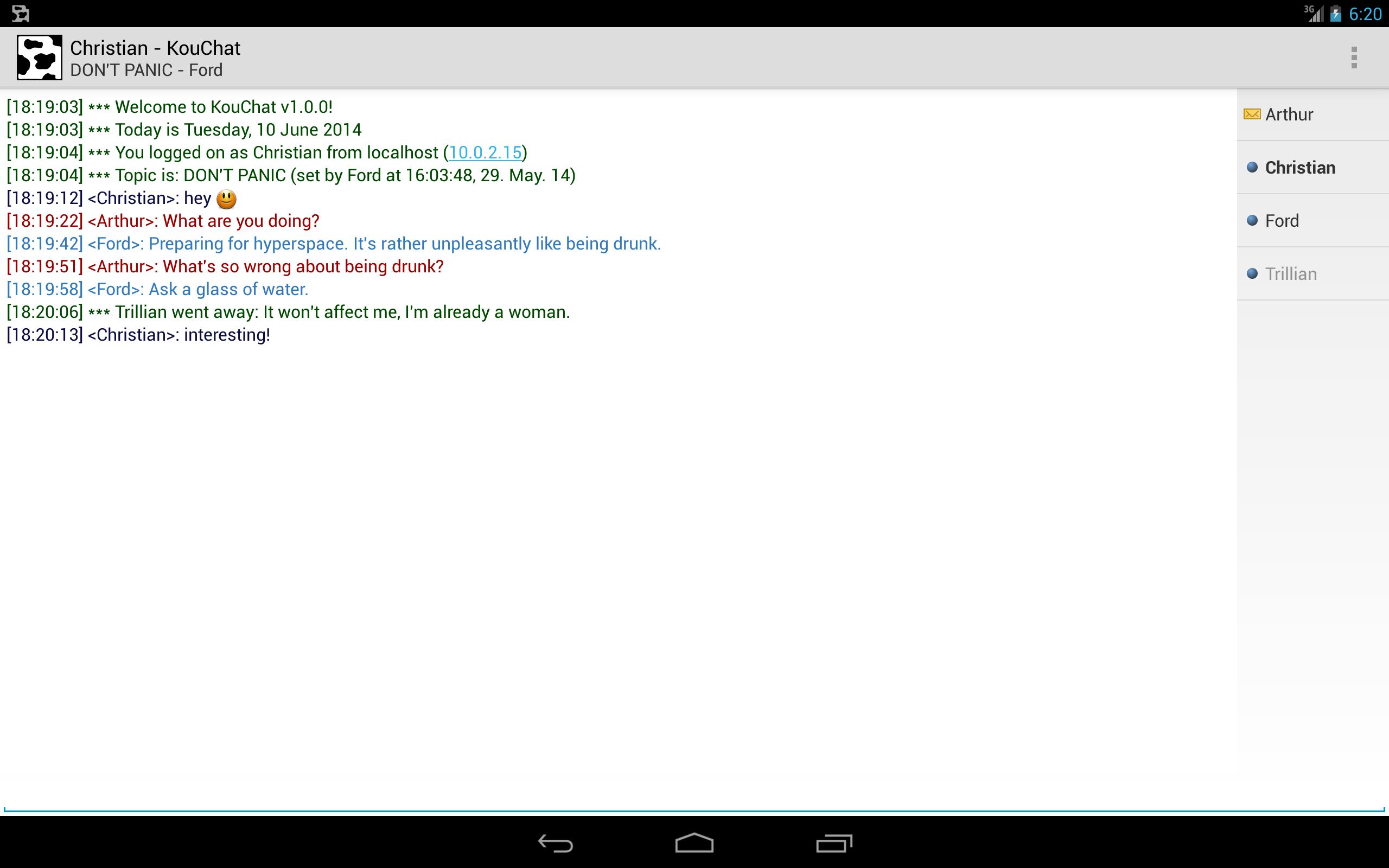 I’ve been thinking about when to go 1.0 for a while. I could have called it 1.0 a long time ago I guess, but in the end I decided to wait until all the main functionality of KouChat was implemented in the Android client.

So what’s new since last time? You can now go away and come back! The options are available from the main menu.

New users might be less confused when they start KouChat for the first time, as the default nick name is now “NewUser” instead of an id. That id is actually a “last resort” nick name. KouChat tried to use the user name of the currently logged in user, but on Android that was never set. With “NewUser” as the default, that id should be a less common sight from now on.

There are still improvements to be made though. Most notably the ability to monitor and cancel file transfers. It’s still on my list.