Time for an update! 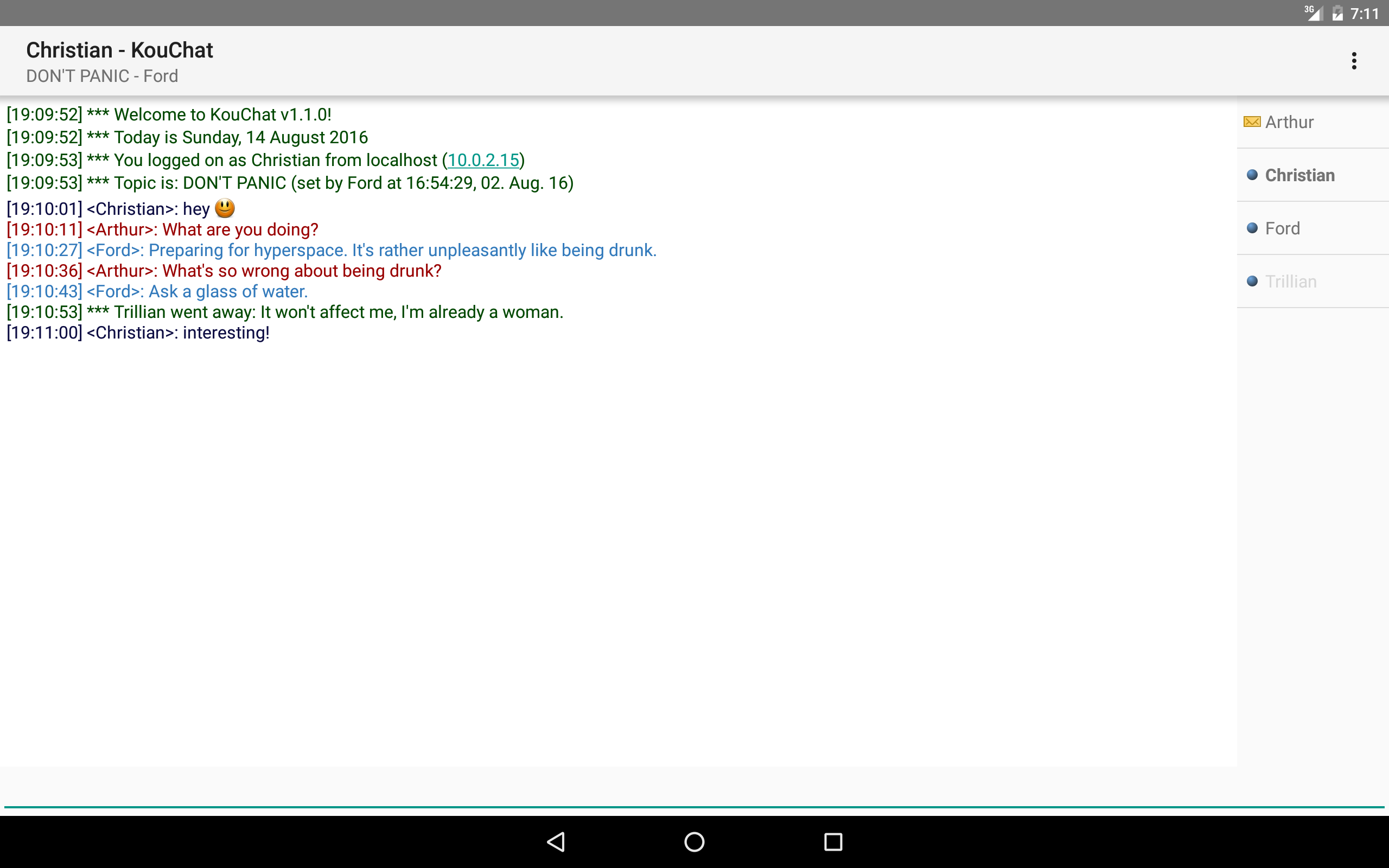 There were some issues with the app on newer versions of Android that had to be fixed, and it looked a little dated. On Android 5 and up you will now get the material design theme. You probably also noticed the all white square status bar icon. I’ve replaced that with an icon that looks correct on all versions. I’ve also changed it to a low priority notification, which means it normally won’t be visible in the status bar. But the notification is still there when you open the drawer.

When talking about notifications:

And talking about file transfers. I think I’ve gotten the send file functionality to handle sharing from a lot more apps now.

You might have noticed on Android 5 and 6 that the chat messages were a bit cramped. Google broke line spacing in Android 5, and still hasn’t fixed it. As a consequence I’ve made a change to increase the height of lines with smileys so they don’t overlap the text above. It doesn’t look as smooth as it used to, but it’s better to keep everything readable.

Google has also removed the option to keep wifi working properly when the screen is off in Android 6. They want to force usage of their own cloud service for notifications (that works with screen off), and save battery of course. Doesn’t really fit into the serverless nature of KouChat though. The consequence is that you might get a lot of packet loss. You can try adding KouChat to the whitelist of apps that may use more battery when sleeping, but it’s not been very reliable for me. See Settings > Battery > Battery Optimization. I hope to have some time later to look for solutions to this issue.

Oh yeah, unfortunately for some of you, I’ve dropped support for Android versions older than 4.1. It was just too much of a hassle for me. Sorry about that.