KouChat for Android now in the F-Droid store

F-Droid is an app store for Android where you can find and install Open Source applications. All the apps are built from source and signed by F-Droid before being published. I tried to get KouChat into the store a while ago, but it had some issues with the Maven build. Now that I’ve switched to Gradle it worked much better. 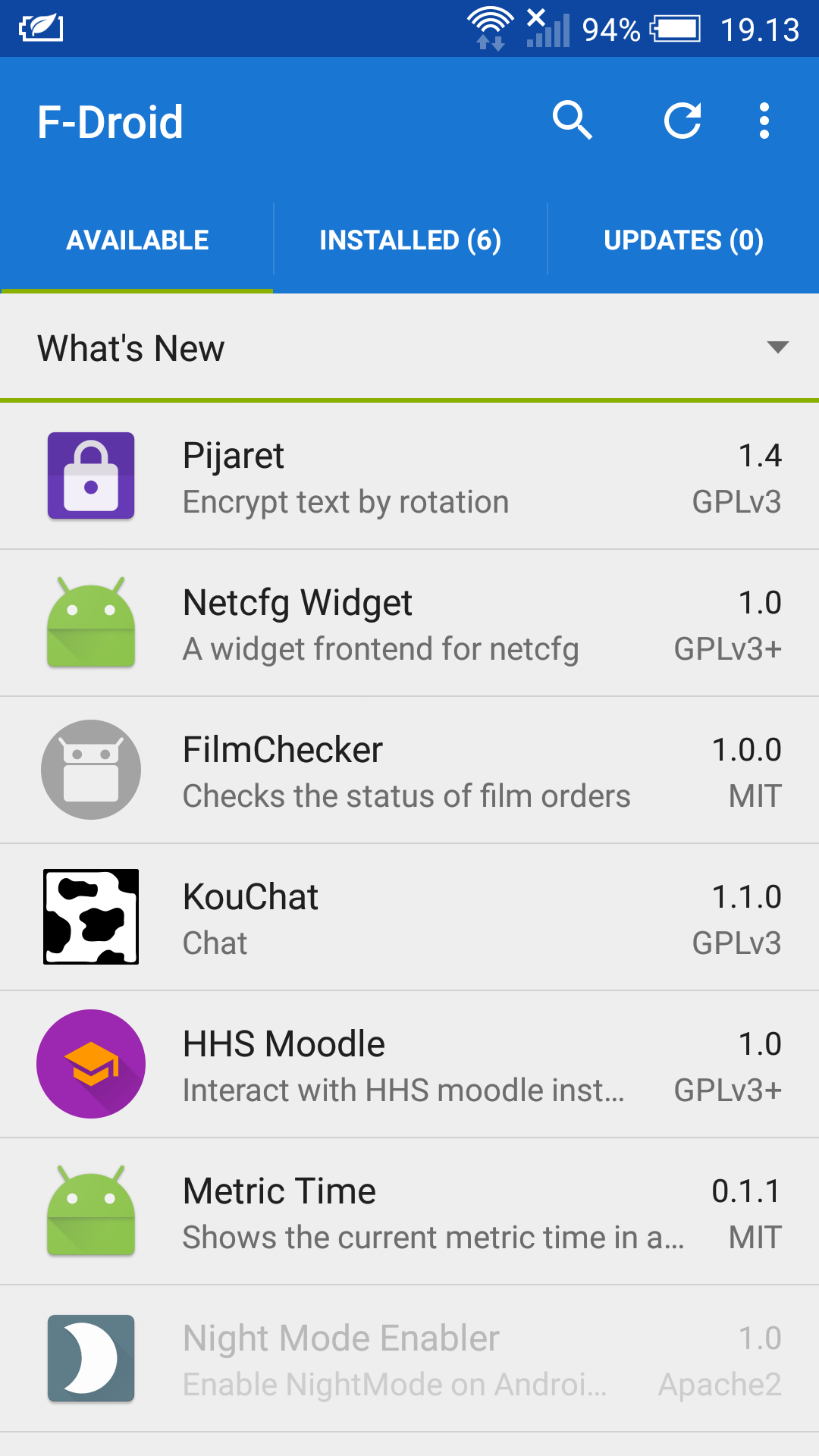 While on the subject of alternate app stores, I won’t be updating KouChat in the Yandex.Store. I had 1 (one) download in 2 years! I don’t know if it’s going to be much better on F-Droid, but at least they keep the app updated automatically, and the store is available everywhere.

So if you don’t have access to Google Play, check out F-Droid.