Wow, that only took 4 years! 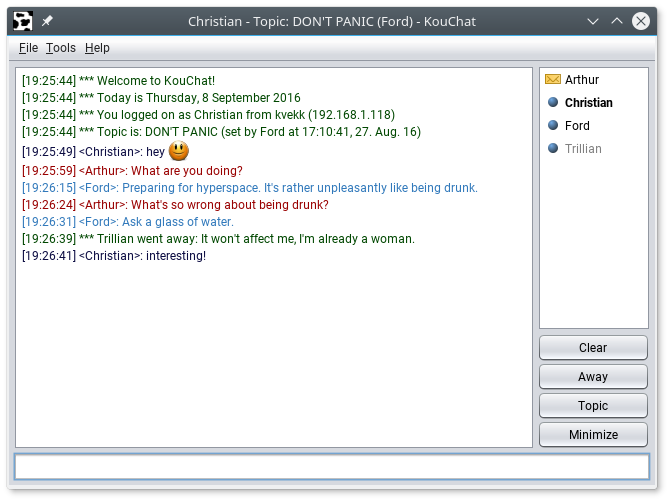 I totally forgot how long it’s been since the last update of KouChat for Desktop. Most of the changes on KouChat in this period has been on the Android version, but not everything. There are no big changes in functionality in the app, but a lot of polish and bug fixes.

Some highlights include much improved Mac OS X support (including retina icons), ability to start KouChat minimized (perfect for running KouChat on startup), the new and better looking smileys already being used in the Android app, and an option to disable the system tray. I’ve also done quite a lot on translation support. About 80% of the strings are done. I was planning on finishing this before releasing, but it took too long, so I figured it was better to get the other improvements out and finish it later.

Here is the full changelog:

You will find the jar in the downloads section. Enjoy :)